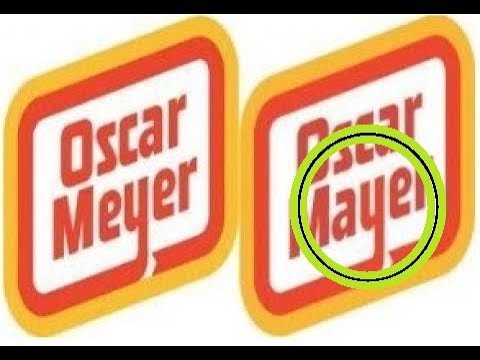 CRAZY Examples of the Mandela Effect

Are there alternate versions of history? Are there things that have happened that many of us remember that history says didn’t? Well, this list is going to delve into some of those things that millions would swear they remember happening one way when they happened entirely differently. This is a list that might hurt your head, so brace yourself. This is CRAZY Examples of the Mandela Effect!

Learn about the BIGGEST of everything Monday, Wednesday, and Friday just subscribe!

6. Oscar Meyer
Except it’s not. The real name of the company is Oscar Mayer. Isn’t that strange? Couldn’t you swear that you remembered it being spelled with two E’s instead of just the one? When we look back in our memories, Mayer just doesn’t seem to fit with the brand at all. Wouldn’t this be pronounced like mayor, like John Mayer? Meyer is supposed to be spelled with an E as the first vowel! At least in our mind’s eye, that’s what we see associated with the meat company! We would have fought and argued and refused to give in had someone told us it was M-A-Y-E-R before stumbling across this on the internet. What the heck? Where are we? We want some ruby red slippers!

5. Swayze, Baby
We all know that Patrick Swayze sadly passed from pancreatic cancer back in 2009… well, at least some of us know that. There are some, though, who totally remember the actor making a recovery from his fatal disease and living on to, well, live on. Maybe they’re thinking of Michael Douglas or even De Niro or something. But those who remember the alternate version of history would swear by it and find it hard to believe that Swayze was taken from us by the deadly disease. Sadly, the man who brought us all of those great films in his time, like Dirty Dancing, Ghost, and The Outsiders was taken from us, and it’s most unfortunate. But maybe he does live on in an alternate universe… somewhere quite close to our own. Makes you kind of happy to consider it, right?

4. Monopoly Monocle
Wait, so the Monopoly man doesn’t wear a monocle? What? Since when? Apparently, he’s never worn one, so that answers our question. But we most definitely remember him wearing one, don’t we? There are some who say that he did rock the monocle for a time and at some point, the game changed and they took away his iconic eyepiece, but a lot is pointing to the fact that he maybe never wore one in the first place. How does this happen? How is there so much conflicting information? There are several, no, there are lots of theories out there that try to explain this whole thing but most of the information about the Monopoly man, aka Rich Uncle Pennybags, says that he never wore one and that this is, in fact, yet another prime example of the Mandela Effect.

3. Pikachu’s Tail
Were you into Pokemon as a kid? If you were born in the late 1980’s through the early 2000’s, you probably remember the iconic Pikachu, as he was Ash Ketchum’s pet Pokemon and friend. Do you remember him having a black-tipped tail or did it just ride out yellow all the way up? From what we can recall, that little bugger most definitely had a black tip on that little happy wagger, and nobody else can tell us differently! Except they are; they are telling us differently. Apparently, little Pika never had that black-tipped tail that we all remember, and it’s genuinely confusing because how? How do so many of us remember this tail that never really existed? Or did something, somewhere along the timeline change? Did Doc and Marty really mess something up and send us skewing down this alternate timeline beginning in 1985? We don’t know. This is all too much.

2. Berenstein Bears
This is one that we’re just probably never going to get past considering everything in history is wrong, and we’re right, and there’s no arguing it. But there is, sadly, and it’s not really Berenstein with an EIN, but Berenstain with an AIN. How can our memories be so faulty? How can we completely remember it being spelled with an E instead of an A? Who would spell it with an A in the first place? There are millions upon millions of people who would stand alongside us and argue that it was an E to their dying days, so at least we’re not alone on this one. But, as everything seems to show, we’re wrong, and our childhoods are forever going to be tainted with this false memory in our minds forever. Just makes us wonder what else we remember incorrectly from when we were kids…. On second thought, we don’t really want to know. Darnit, Mandela!