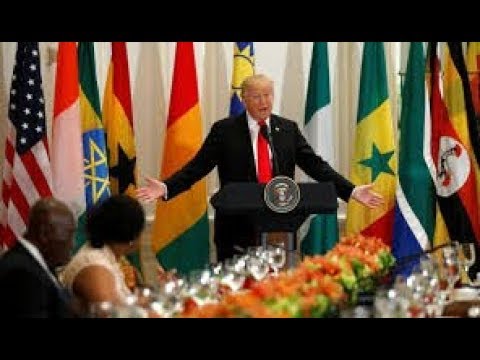 Donald Trump Experiences The Mandela Effect While Saying Nambia Instead Of Namibia!! #194

President Donald Trump once again became the butt of jokes on social media Wednesday after he mispronounced the name of an African country during a meeting with the continent’s leaders in New York.
Speaking at a luncheon with African leaders during the United Nations General Assembly on Wednesday, the president referred to Namibia, a country on the southwestern coast of Africa, as ‘Nambia.’
‘In Guinea and Nigeria you fought a horrifying Ebola outbreak,’ Trump told the assembled leaders.
He then said: ‘Nambia’s health system is increasingly sufficient.’

Link to patreon to help support my channel and the thousands hours of research I do Thanks: https://www.patreon.com/MoneyBags73?alert=2

Please vote and check out my other voting videos here: