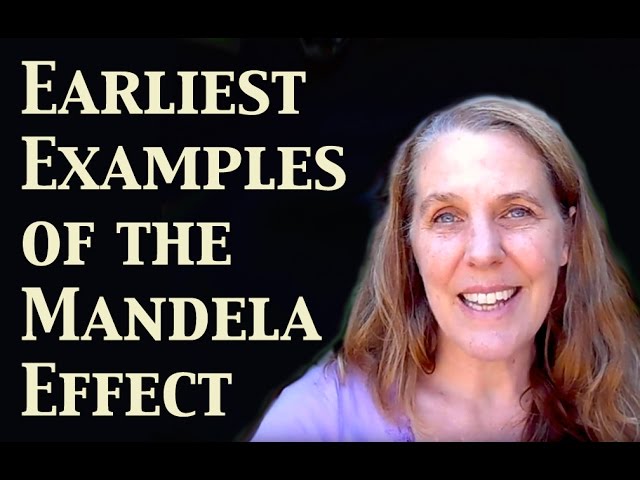 Earliest Examples of the Mandela Effect

http://www.realityshifters.com — Cynthia Sue Larson talks about some of the earliest examples of the Mandela Effect, in which RealityShifters survey results reported in July 2005 discovered the most commonly reported “alive again” celebrities. Nelson Mandela didn’t make the list back then–five years before the “Mandela Effect” became popularized by Fiona Broome in 2010.

And what was Nelson Mandela doing back in 2005? He’d just made a public appearance in Trofalgar Square, giving a speech calling for bringing an end to ‘unnatural poverty.’

And around that same time, and also in the U.K., the town of Bolton reported a dinosaur seemed to have gone missing many years before–which some 50{20c0e6fde16440147db69656cf03e8fbbef006b318db781ec170360dd66f09f1} of the townsfolk remembered having been prominently displayed in the Bolton Museum near the Natural History section.

So what’s going on when dinosaurs go missing and celebrities come back to life? Rather than being a conspiracy, a growing body of evidence suggests that quantum phenomena are being reported on every level of the physical world, and not just in the quantum realm. You can listen to scientists discuss how this is being found to be true in their areas of expertise on Cynthia’s radio show and podcast, “Living the Quantum Dream.”

And you can read the full blog post article that this video is a companion to at: http://wp.me/pbqQk-OZ