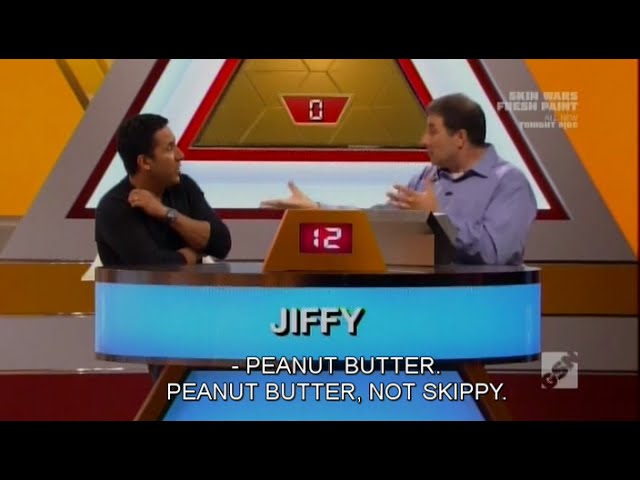 While I certainly remember that choosy mothers (and later, choosy moms) choose Jif brand peanut butter, I also remember an older advertising campaign telling mothers to fix their children a snack in a jiffy with Jiffy. I remember noticing they’d changed the name from Jiffy to Jif in the late 1980s. Many years later, I learned of the Mandela Effect and found that this was another of its examples. Jif peanut butter has apparently never been sold as Jiffy and I was just remembering it wrong. Well, if I’m remembering it wrong, so is this game show from October 17, 2012, The Pyramid S01E33. The word they’re trying to guess is jiffy (small unit of time), but when the player can’t guess it his partner goes straight to “Peanut butter. Peanut butter, not Skippy!” Once the round is over, the player is upset he did not get the obvious clue for “Jiffy.”