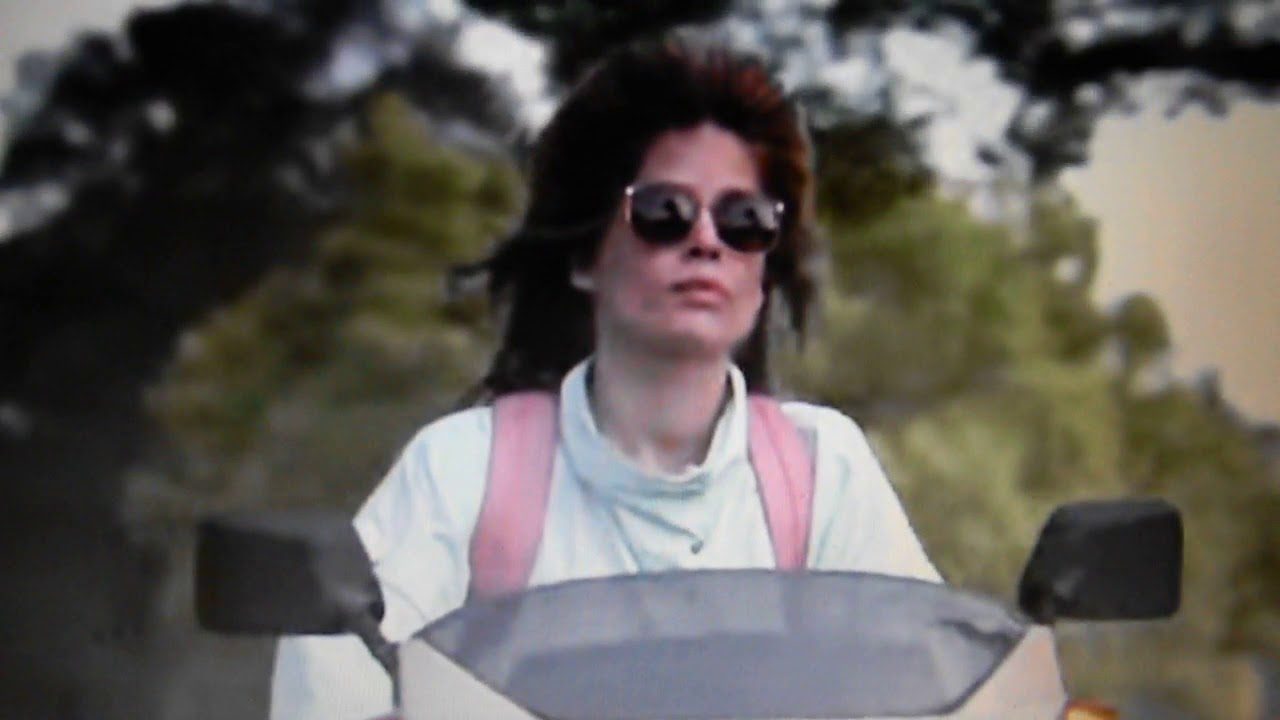 I really think this one is one of the most unique pieces of residue that I have come across, in that there appears to be two realities showing up in the same film, and at the same time. I haven’t come across anything like this personally yet, but this is beyond strange.

Sarah shows up at work and secures her Moped and then being cute says ” Guard it for me “Big Ben’s” as clear as a bell. You can’t miss it!!! But on the building, it says ”Big Jeff’s” This is CLEARLY a M.E. because she should have said “Big Jeff’s” or the sign should have said “Big Ben’s” Not only that, but something about the Hamburger statue doesn’t look familiar to me, and I seem to remember it being only one Hamburger and “possibly” the hair color being Brown. Now, I could be wrong, but I’ll need input from you all out there on this one.