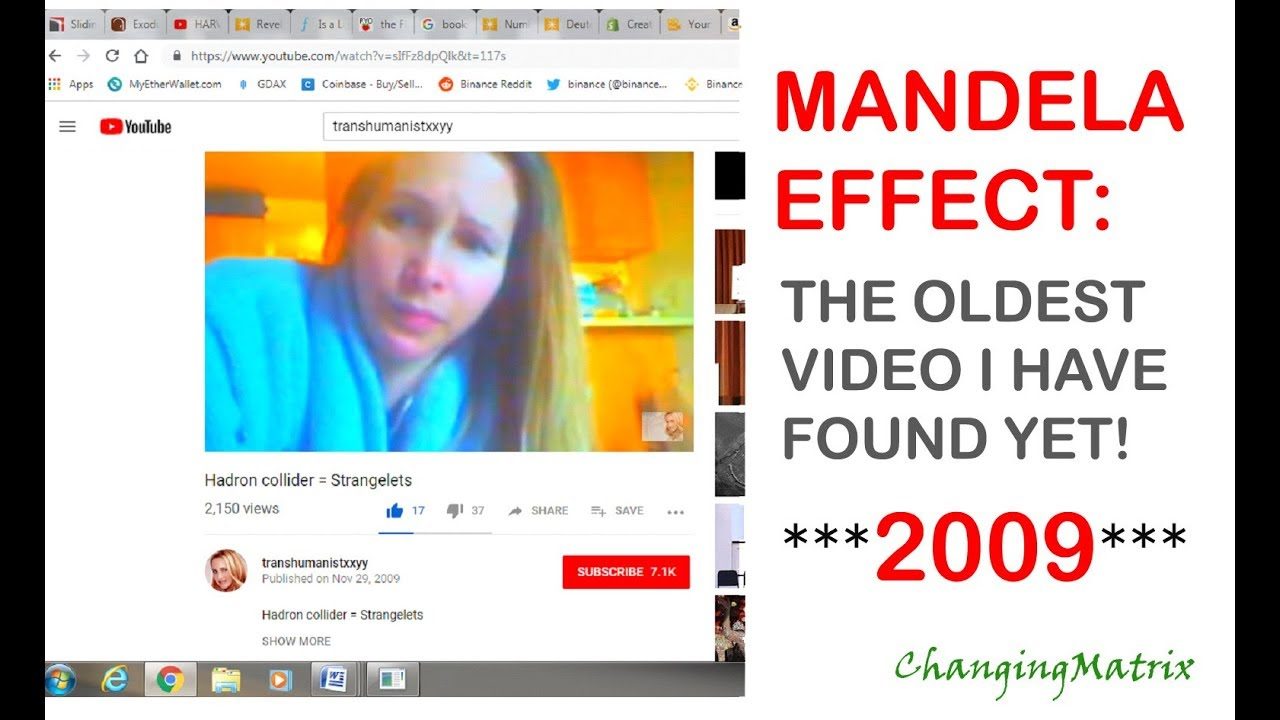 MANDELA EFFECT: THE OLDEST VIDEO I HAVE FOUND YET! (2009)

I found this video and I wanted to share it with everyone. It was posted in 2009. It is the “oldest” reference to the “reality changes” and “CERN” that I have found so far. She doesn’t have any other videos which are related, but I thought everyone would be interested, nonetheless.

I believe that we are in the end days, and CERN was the “tool” used to usher us into the times of the “Counterfeit Kingdom.” It is important not to forget that throughout Biblical history, during times that the greatest demonstrations of power and authority were being shown…that it was generally “BOTH” God and satan who were displaying their “wonders” simultaneously. This is NOT “all” about satan. God is ABSOLUTELY doing incredible “miracles” through this as well (and God’s miracles will swallow up the “pharaoh’s” miracles at the end of the story).

I hope everyone is doing well. God bless you all!