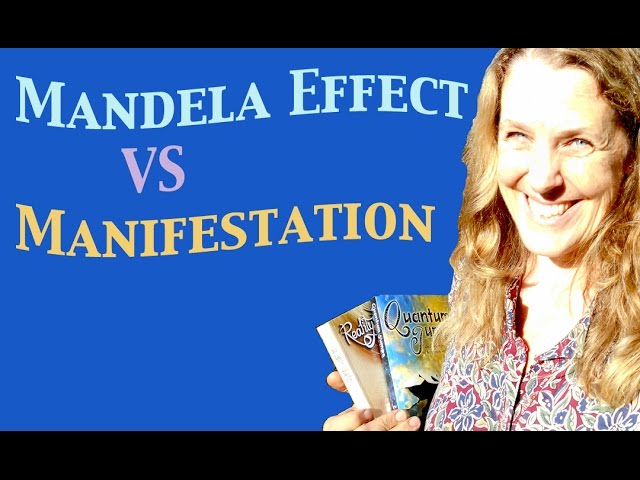 The short answer is: Yes, there is a difference, and it has a lot to do with conscious intent. A trending monicker for reality shifts is “Mandela Effect,” in which many people may notice changes that seemingly have nothing to do with anything anyone was consciously wishing for, whereas in the case of “instant manifestation” and quantum jumps, we’re focused on a specific intention.

Mandela Effects and reality shifts often seem random and unexpected, surprising us with such things as: unexpected movie dialogue in a familiar scene, changes in writing in books we thought we knew by heart, and the occasional deceased celebrity being noticed unexpectedly alive again. In contrast, manifestation and quantum jumps typically occur after we focus on a specific desired outcome, such as locating a coveted parking spot, or suddenly feeling as if we’ve had enough rest after a short night’s sleep of tossing and turning.

In the realm of manifestation, I’ve reported on hundreds of experiences involving such things as: improved health, broken-down or out-of-gas cars that start, and radically improved finances and relationships. In addition to these, many of the quantum jumps shared on the realityshifters website and in my book, “Quantum Jumps” include case studies of people teleporting through dangerous situations, such as safely past oncoming vehicles or falling steel beams they seemingly have no way to avoid.

While the presence or absence of conscious intent appears to be the main differentiating factor between reality shifts / Mandela Effects and quantum jumps / manifestation, there is also a definite area of overlap. I’ve experienced being part of a small group of people who start off experiencing seemingly random reality shifts / Mandela Effects, and end up witnessing what would more accurately be called quantum jumps / manifestation. These areas of overlap can be recognizedwhen something is observed to “flip-flop” back and forth a few times before finally settling down at some point. During such flip-flops, we get a chance to consider our intentions.

As disconcerting as this experience can seem at the time, I am immensely grateful when such “flip-flops” occur, since they provide me with validation that I am, indeed, experiencing genuine shifts in reality, and not merely some kind of ‘memory glitch,’ as some classical scientists and reporters assert. Furthermore, I am grateful to have what I feel to be an opportunity to make a choice between which reality I’d truly most enjoy to experience, based on which one I’m more emotionally and energetically attached to (with whatever strong feelings I may have). I do realize this is a bit like being shown two possible desserts on a tray by a waiter in a restaurant–and the one I get is the one I am most entangled with. That is the moment all my spiritual “inner work” pays off, so hopefully I don’t end up with something I’m still “working through.”

And if I’m sufficiently relaxed, energized and detached, I’ve noticed that it seems that what gets settled on tends to be what I might ever-so-slightly prefer, so it seems to me almost as if I’m being asked by the Universe “Do you like this?” “Or how about this?” “Which one do you like better?” “Want to check it again–how about this?” “Or this?” 🙂

In the cases where no such flip-flopping occurs, the transition to a new reality can seem seamless and smooth, as if it was simply a natural progression and nothing out of the ordinary at all. I feel this is why so many people are blissfully unaware of the number of shifts they actually experience each day–simply because these shifts don’t often seem exceptional, but rather are just part of the way we each experience daily life.

Read the companion blog post to this video at: http://wp.me/pbqQk-WJ