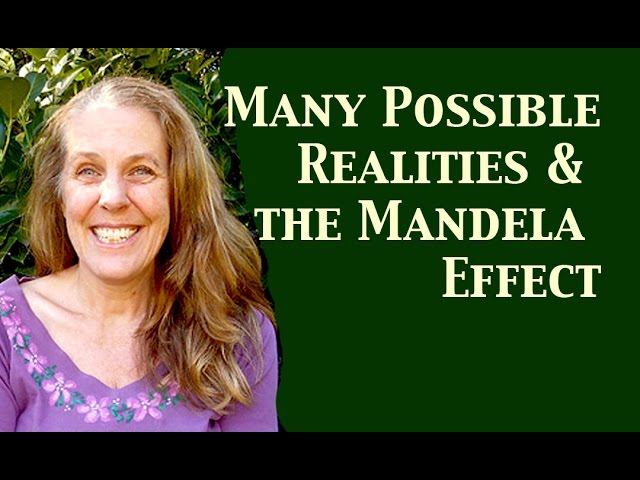 Many Possible Realities and Mandela Effect

www.realityshifters.com — When I first began studying the field of quantum jumping, reality shifts, and the Mandela Effect back in the 1990s, I was noticing things appearing, disappearing, transforming, and transporting–and the only thing that matched the kind of bizarre stuff I was seeing was to consider the radical viewpoint that maybe quantum behavior doesn’t just happen in the so called “quantum realm.” I’ve been presenting the viewpoint in my books Reality Shifts and Quantum Jumps that maybe there is no ‘quantum realm.’ Maybe everything is essentially quantum, and we usually just don’t notice it.

While it may seem bizarre to imagine that you and I and everyone and everything exists in what can be described as a ‘superposition of states,’ a growing number of physicists believes that this is precisely what is going on. So, rather than there just being one ‘true reality’ at any given moment, we can imagine that each moment consists of an infinite range of possibilities, with many possible me’s and many possible you’s.

This idea of existing in a superposition of states with many possible variations of ourselves and everyone and everything else around us is precisely the idea behind why placebos have become so remarkably effective in recent years. Many scientists have noted with wonderment that efficacy of placebos–which can be like a saline solution, sugar pill, or ‘sham’ surgery–has doubled over the past few decades. Many people can even feel the benefit from telling themselves, for example, that they got a good night’s sleep, even if in truth it was one of the most interrupted nights of sleep they’ve ever had, and astonishingly they will respond on cognitive and motor skill tests just as well as if they really did get a good night’s sleep.

The Placebo Effect thus shows us how we can access the realm of alternative possible realities, by doing what American psychologist William James suggested, and acting as if we’re in the reality we require. So you can, for example, simply tell yourself that you’ve had a good night’s sleep, and connect with the reality in which that was in fact true. And you can feel well-rested, just as if you actually did get one of your best night’s of sleep ever.

Scientific evidence for the existence of such things as ‘placebo sleep’ and ‘placebo exercise’ have been proven true in recent years, in studies such as Placebo Sleep Affects Cognitive Functioning. A study of hotel housekeepers who were informed that doing their regular work activities was good exercise found that those workers scored higher on health indicators than a group of similar workers who had not been told they were getting on-the-job work-outs.

What’s being found to be consistently proven true is that any time people are informed by someone they respect that some kind of “treatment” is going to work, it probably will. I include summaries of numerous such studies in my book, Quantum Jumps, along with laboratory-proven simple things you can do to feel reduced pain, greater intellectual ability, improved willpower, and better relationships.

You can read the blog post version of this video at: http://wp.me/pbqQk-YM