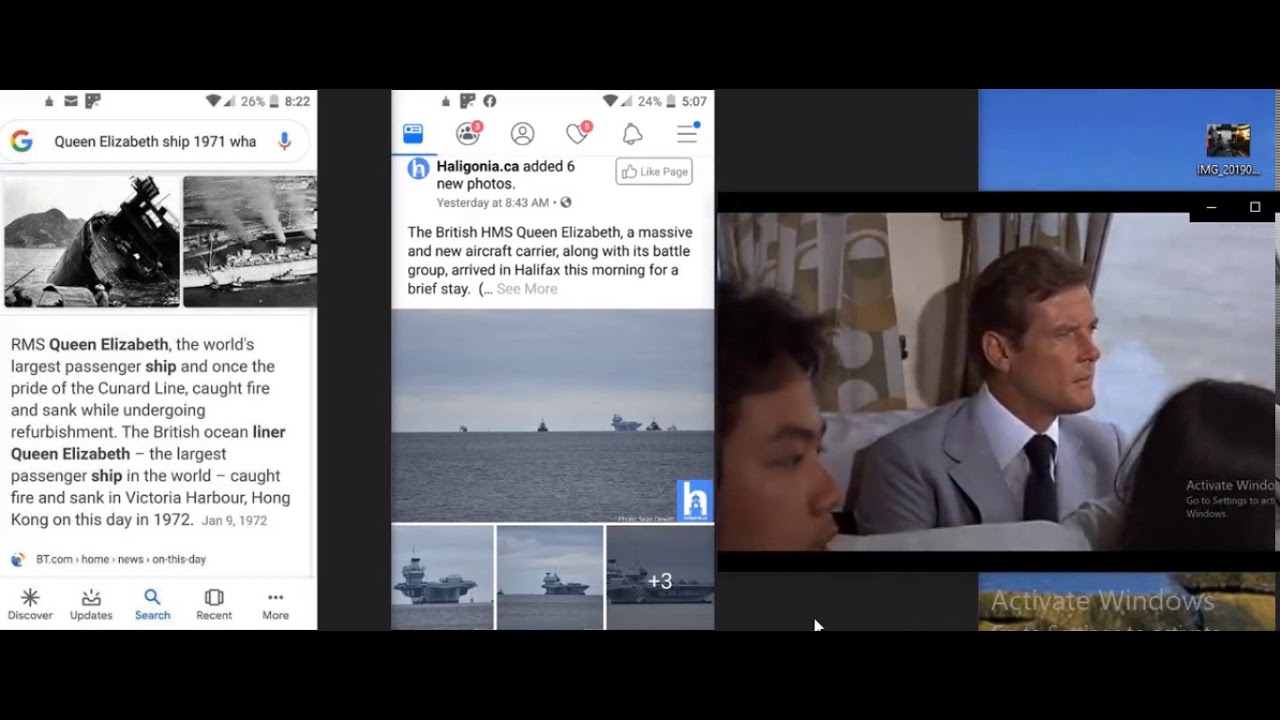 From Wikipedia, the free encyclopedia
The RMS Queen Elizabeth Not to be confused with MS Queen Elizabeth.
was the world’s largest ocean liner operated by Cunard Line. With Queen Mary she provided weekly luxury liner service between Southampton in the United Kingdom and New York City in the United States, via Cherbourg in France.

While being constructed in the mid-1930s by John Brown and Company at Clydebank, Scotland in Great Britain, the build was known as Hull 552.[5] Launched on 27 September 1938, she was named in honour of Queen Elizabeth, then Queen Consort to King George VI, who became the Queen Mother in 1952. With a design that improved upon that of Queen Mary, Queen Elizabeth was a slightly larger ship, the largest passenger liner ever built at that time and for 56 years thereafter. She also has the distinction of being the largest-ever riveted ship by gross tonnage. She first entered service in February 1940 as a troopship in the Second World War, and it was not until October 1946 that she served in her intended role as an ocean liner.

With the decline in popularity of the transatlantic route, both ships were replaced by the smaller, more economical Queen Elizabeth 2 in 1969. Queen Mary was retired from service on 9 December 1967, and was sold to the city of Long Beach, California. Queen Elizabeth was sold to a succession of buyers, most of whom had unsuccessful plans for her. Finally Queen Elizabeth was sold to Hong Kong businessman Tung Chao Yung, who intended to convert her into a floating university cruise ship called Seawise University. In 1972, (1971??????) whilst she was undergoing refurbishment in #HongKongharbour, fire broke out aboard under unexplained circumstances, and the ship was capsized by the water used to fight the fire. The following year the wreck was deemed an obstruction to shipping in the area, and in 1974 and 1975 was partially scrapped where she lay.