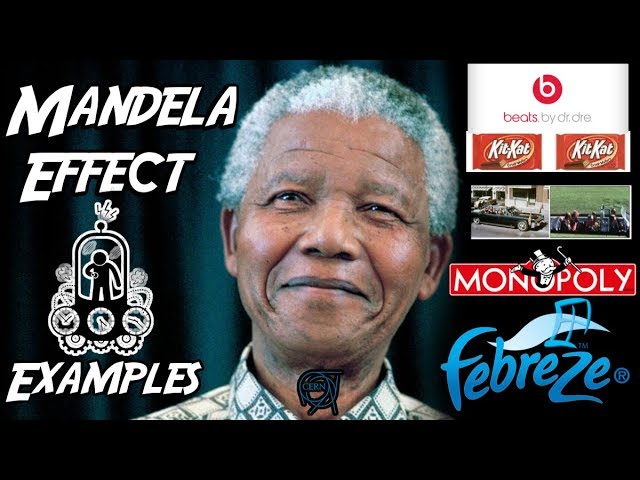 Are we living in a simulation? Elon Musk thinks that we could be. This is a list of some of the best Mandela Effect examples that I could find. Many people remember Nelson Mandela dying in prison in the 1980’s but he didn’t actually die until 2013. We have a list of companies with logo changes and spelling changes that many people don’t remember. Could all of this be evidence of time travel? could the time travelers be messing up our timeline and history? CERN is a research center in Switzerland and they’re smashing particles together at just under the speed of light which could be sending ripples in space and time and changing everything we once remember!

“The Mandela effect is the pseudoscientific belief that some differences between one’s memories and the real world are caused by changes to past events in the timeline. Many Mandela effect believers believe it is caused by accidental travel between alternate universes, although some others propose that history has been deliberately altered after the fact by malicious extradimensional beings within the same timeline.” -RationalWiki