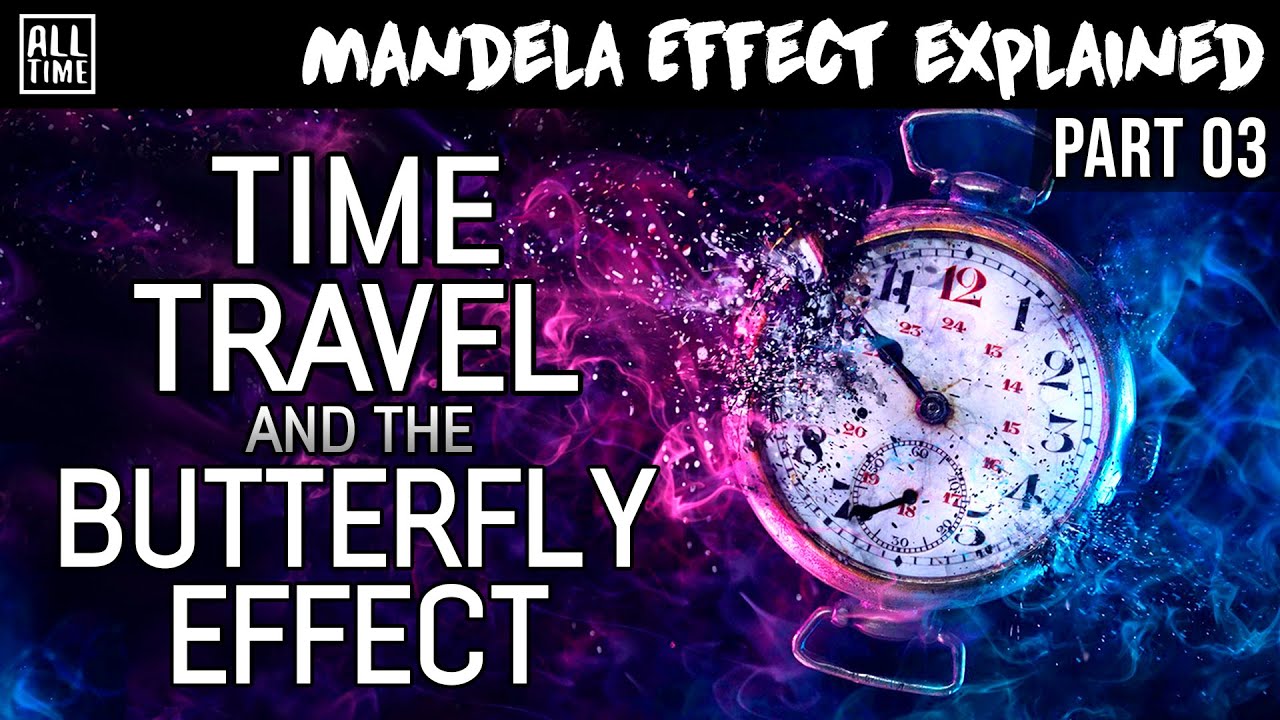 Time Travel and the Butterfly Effect

🍊 Support All Time on Patreon
https://bit.ly/2OKrYD0

The Mandela Effect is a well known and talked about phenomenon that makes us question memories from the past. This effect comes into play when a number of people remember events, sayings, films or images differently than they actually are. So what exactly is the definition of the Mandela Effect?

What does the Mandela Effect mean?

The Mandela Effect is what happens when a large number of people have a clear and distinct memory of something that never happened. Many people remember the exact same events with near identical details, however these memories are different from what’s in history books, articles, newspapers, etc.

Geez, all of this to try to convince you the Mandela effect isn’t real. Isn’t that strange? I’m not here to claim if it’s real or if it’s fake, but I am here to examine the claims, evidence and residue with the intention of presenting them in an entertaining way so that you can make your own informed decision about the Mandela Effect.

So what do you think? Is the Mandela Effect real or have millions of people simply been misremembering the same thing in the same way by some other cause? Is there truly only one explanation for all of the Mandela Effects in the world or is it a multitude of different answers for different effects?

If you do a quick google search, all you’ll find is article after article saying the Mandela effect isn’t real. It isn’t even allowed to have its own Wikipedia page. In fact when you look up the Mandela Effect on Wikipedia, the first thing it refers you to is False Memory with the quote “The Mandela Effect, sometimes referred to as the Mandela phenomenon, is an instance of false memory.”

I don’t know about you, but I find the suppression of the hypothetical more sketchy and off putting than anything else. We have evidence, we have examples, we have residue and we have millions of people who have experienced the Mandela Effect. Is that not enough to be to pontificate it’s hypothetical existence and/or potential significance to modern society?

Some speculate that parallel realities exist and that we’ve been sliding between them. Other alternative theories suggest quantum immortality, time travel, the butterfly effect, the simulation theory, CERN, string theory and many other creative ideas. Whatever explanation you land on, it’s bound to be an interesting discussion.

Whatever the Mandela Effect is, it’s fascinating and I love talking about it with you all. Thank you for taking the time to watch this video and read this summation. I hope this video at least got your brain thinking about the wonderful unknowns of the world. If I did that, then I completed my goal. I hope you all have a great day!