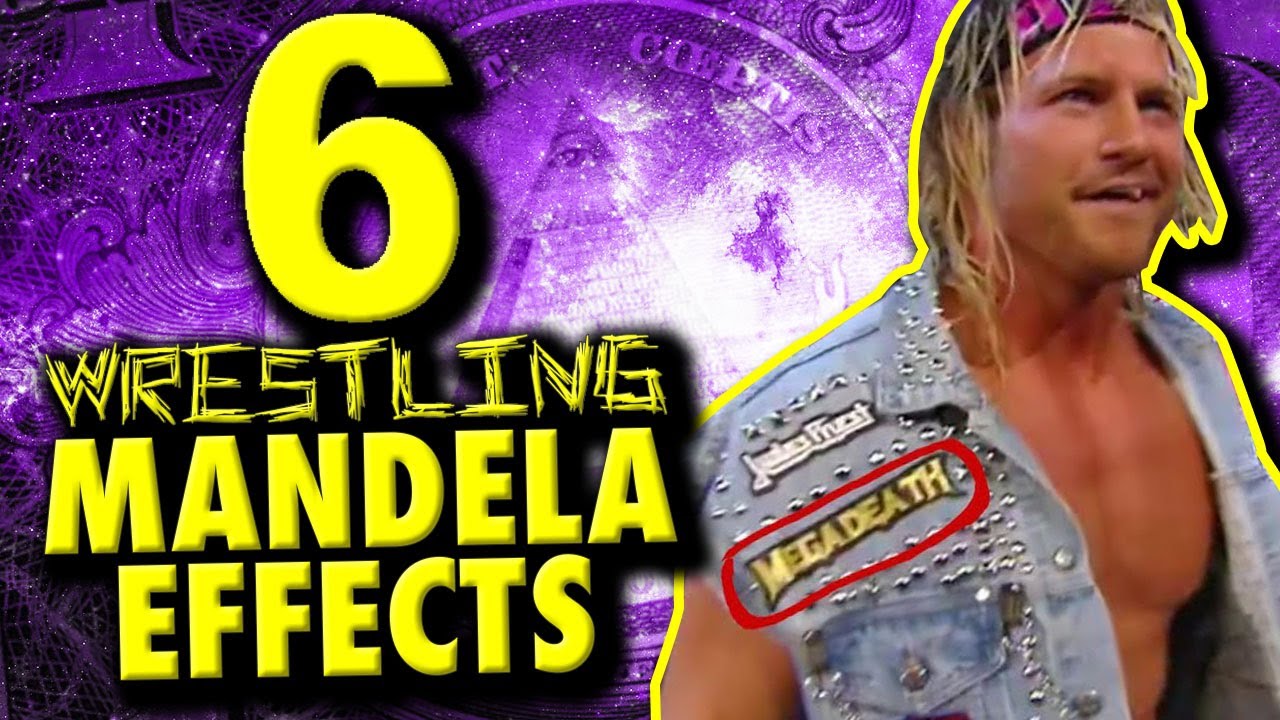 6 MORE WWE MANDELA EFFECTS That Will BLOW YOUR MIND!!!

6 MORE WWE MANDELA EFFECTS That Will BLOW YOUR MIND!!!

On the January 11TH 1992 episode of Brutus Beefcakes talk show segment the barber shop, Shawn Michaels and Marty Jannetty of the rockers would attempt to make up after a recent falling out.

Shawn and Marty would shake hands and hug it out before Shawn turned his back on Marty, superkicking him through the barber shop window. Or at least that’s how many people remember it happening.

However, in this reality Shawn Michaels, never superkicked Marty through the barber shop window, but instead would superkick Jannetty, and then toss his former partner head first though the window.

This one has wrestling fans from across the globe dumbfounded, as many swear that they remember things happening differently at the time.

This Mandela Effect takes us back to the WWF’s attitude era, with regards to X-Pac’s entrance music and the the intro’s lyrics. Numerous fans online have stated that they could swear X-Pac’s walkout music opened with the iconic voice of Chris Warren screaming X-Pac, however it turns out that he said “Make Some Nosie” all along. What do you think?

Now I don’t know about you, but I could swear, he used to say X-Pac; and with this false memory being shared with thousands of wrestling fans from across the globe, it makes you wonder if NASA are onto something with their recent parallel universe discovery.

Now you may be familiar with the heavy metal band metal death already, but if not the group were a prominent throughout the 80’s and 90’s, becoming one of the most iconic bands of the genre.

Well, Dolph Ziggler is clearly a fan as at the 2017 Money in the Bank pay per view, the former spirit squad member could be seen wearing a number of bands patches on his jacket, one of which being megadeath.

However, the patch Dolph was wearing had the band’s name spelled incorrectly, no big deal, but where it really starts to get interesting is that the following night on Monday Night Raw, Ziggler would come to the ring wearing the exact same jacket, only this time the patch was spelled correctly. Almost like a Mandela Effect in reverse. Which spelling of Megadeath do you remember? Let me know in the comments section.

One of the more interesting parts of this entire Mandela Effect phenomenon; is when people actually find residual evidence of the alternative past that they remember.

This bring us to a long running Mandela Effect where a large number of people could swear that the entire continent of South America has been moved on the map, and was instead located on a completely different part of the earth.

The map that people recall can be seen on the centreplate on the WWE intercontinental title, with many theorists claiming that this is residual proof of a parallel universe intertwining with our own.

Here’s a fun one based on my favourite Mandela Effect of all time, the 90’s movie Shazam, that never actually existed. For those that aren’t familiar with this one let me catch you up to date.

Many people, including myself, swear that they can remember a film being released in the mid 90’s called Shazam, featuring the popular comedian Sinbad starring in the lead role as a genie. I can vivdly remember this image from my youth, and so can thousands of people from all around the world, however this movie does not, and never has existed.

A few years back, a photograph of a VHS tape popped up online, with the original poster claiming that he had found a copy of the film. However in reality, the box art was a photoshopped image of Sinbads face on Chavo Guerreos body.

In 2017, Sinbad would actually record the opening scene for the movie shazam, releasing it on April fool’s day on college humours YouTube channel. And the weird thing is, this is exactly how I remember the movie being.
Sinbad would since respond to a twitter user claiming that they had photographic evidence of him in his Sinbad Genie outfit, saying that in 1994 he had hosted a marathon of Sinbad the sailor cartoon movies while dressed in the costume.

Could this be the real explanation to out collective false memor? Or is there something more at play here?

Number 6: Shane Douglas on Raw on the Roof

Shane Douglas recently discussed a Mandela Effect about himself on his podcast.

Now since seeing this clip, I went back and done and research, watching the Raw on the Roof intro, and as it turns out Shane Douglas was indeed on the original video package. It would appear WWE have simply cut this piece of the footage out of the Networks version.