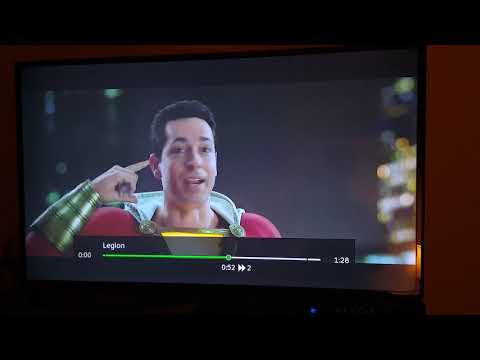 I watched this recording April 5, 2019 approximately 12:30am & noticed the trailer while fast forwarding through the commercial break. At first I thought I had accidentally changed back to live TV… how else could a movie released today be showing a trailer on my show from a year ago?

I checked again & again, the recording was still playing…but this Shazam! trailer was still there! And upon further inspection there are actually 2 trailers back to back.

I can’t explain this anomaly, so please everyone provide your thoughts and explanations.

UPDATE 4/21/19:
A better tag would’ve been, “Live proof of changing time lines & Mandela effect” something like that…

After reading quite a few comments, most critical point out that Google inserts advertising into DVR recorded shows…wtf? Or how all the time DirecTV inserts live ads into pre-recorded tv shows…again, wtf?
1. How is Google involved in a DVR? It’s not a Google driven tech… Its a Samsung smart TV, connected to DirecTV (AT&T), using a DVR (which is a hard drive storage device, not cloud based).
2. 90{20c0e6fde16440147db69656cf03e8fbbef006b318db781ec170360dd66f09f1} of the time I record & later watch my TV shows, movies, even live sports events (I skip ads, cut down on the brain rot, maximize my exposure time to real content, catch a game I missed while working, etc). Never have I witnessed today’s ads in yesterday’s show.
3. DVR is a recording, just like any record I’m certain tampering is possible. My questions are how and why would this happen? DVR is a hard drive that stores exactly what was recorded live in the past… this isn’t a streaming service!

I digress, y’all believe what you want. The world around us is being changed in subtle ways that most find imperceptible or simply ignore; however, just because you’re unaware doesn’t make it false.