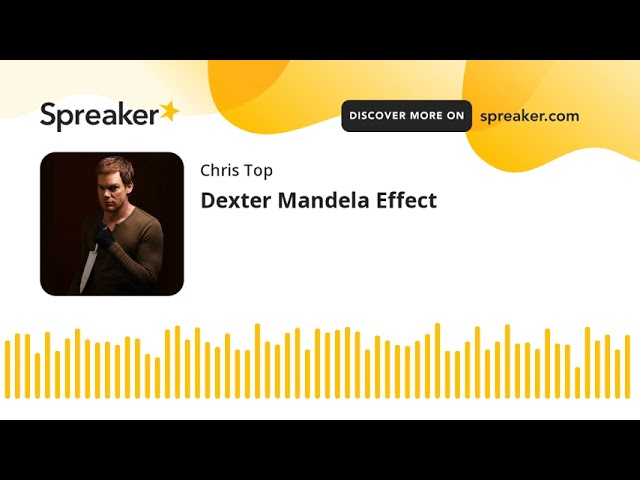 With Dexter season 9 approaching (still no release date), It’s safe to say that fans across the globe are re-binging Dexter to make sure they catch any and all Easter Eggs the show is sure to drop. But as the credits rolled on the final episode of season 8, did anyone else feel like a pretty big detail was missing?

Re-watching every season within the course of a month, my husband and I came to a mind-blowing realization; we both remember Dexter Morgan being exposed as the Bay Harbor Butcher after the hurricane destroyed his boat. Throughout season 8, I waited patiently for the plot we remember happening. The Bay Harbor Butcher conversation comes back up in the wake of LaGuerta’s death. New evidence comes to light, suggesting she really wasn’t that crazy after all. More bodies are found in plastic bags despite Dexter’s best efforts. Evidence piles up. Stuff points to Dexter being sus. Tests are run. All the while, Saxon is at large, Hannah McKay is planning a getaway to Argentina, and Deb is returning to the force. Batista has his suspicions, but in his mind, he just won’t go there until he has cold, hard proof that Dexter is the serial killer who’s been taking out the trash all across Miami. As the storm approaches, the evidence against everyone’s favorite lab geek continues to stack up. But what can he do about it? Deb’s been shot (screw you U.S Marshal Cooper), Hannah’s on the run from this weird P.I. who gets on every viewer’s nerves, and Dexter’s trying to figure out whether or not he can behave if he follows Hannah and Harrison out of the country. As Deb’s condition worsens, Dexter makes good on the pact they made seasons prior, to pull the plug if either one of them ever got into a vegetative state with no hope of recovery. Once he dumps her body, he sails off into the storm, faking his death and presumably living out the rest of his days as a quiet lumberjack in Oregon.

We distinctly remember Batista getting the call that the test results were in, and it was definitely Dexter who killed all those people. “Dexter?” Batista responded, shocked to find his suspicions were correct. Instead, we see the recently promoted Lieutenant troubled, mourning the death of his strange friend. The whole discussion that the Bay Harbor Butcher might have still been out there taking out bad guys never happened.

My husband and I hadn’t discussed this before the show’s final credit scene; we didn’t want to provide spoilers in case the other didn’t remember something. But when we both realized we’d been waiting for the same storyline to play out, a storyline that never ended up happening, our brains nearly exploded.

Frantically, we scoured the internet trying to see if maybe they edited the ending to match up with possible ideas for season 9. Nothing. I read old articles hoping to see people discuss how clenched their butt cheeks were as Dexter almost didn’t get away with murder. Instead, I was met with the question, “Shouldn’t Dexter have been exposed?”

This only confused us even more. Is this another case of the Mandela Effect, or have we just lost our minds?

If you remember the Bay Harbor Butcher case getting attention after LaGuerta’s death and Dexter being exposed as the killer, only to flee just in the nick of time and fake his own death to keep the cops off his back, let us know! We’d love to know we’re not as crazy as we feel right now.