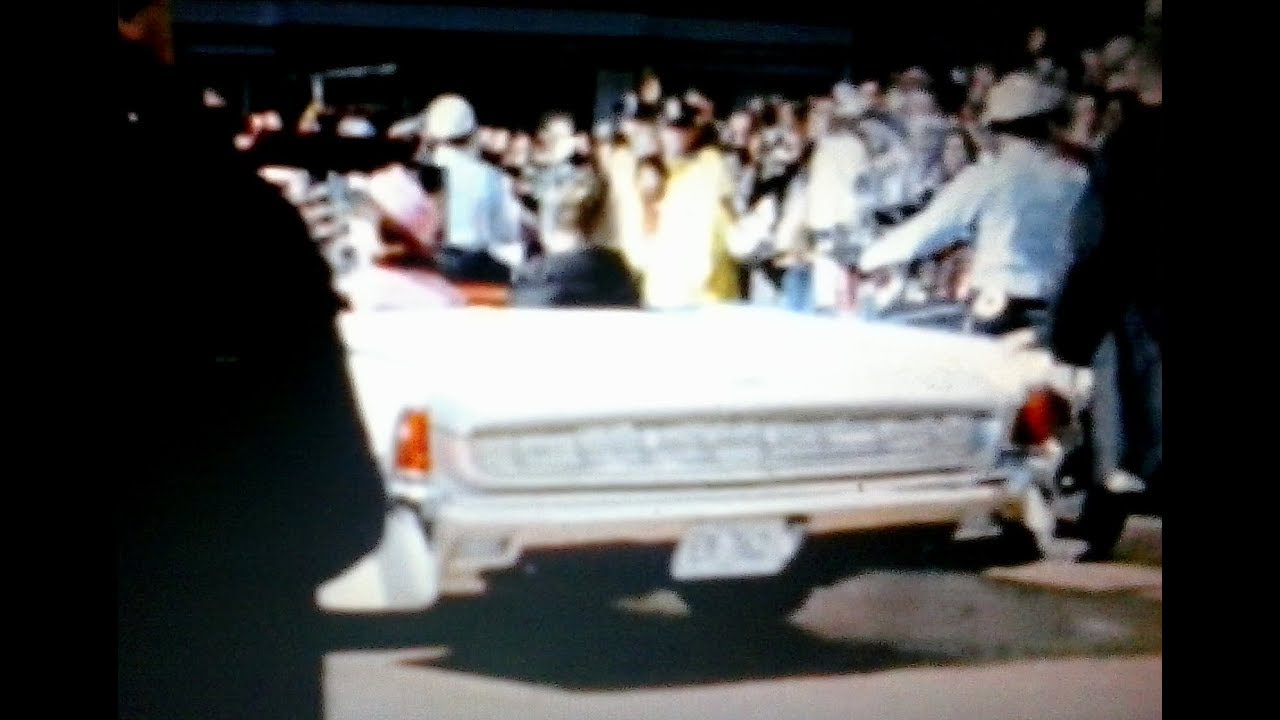 When I was Younger, I wrote a essay on the JFK Dallas assassination. I studied a VHS Video which I watched countless times, and through heavy use slowing up the VHS to do my own ”Columbo investigation, the tape broke. After revisiting the footage in 2016, I was in shock to discover the film, was not the footage i HAD STUDIED’ Which took me by shock’ and even questioned my own sanity !!! I have like many people found that just the JFK FOOTAGE MANY’ MANY’ Things have been altered’ to such a extreme’ which is very hard to come to terms with. I believe these changes are done by ‘GOD’ or The Creator’, which to me is the same Person, and believe he is showing those people whom are able to see’ the truth’ !! almost like a sign’ and to question why we are here!! The video which you are able to watch now’ shows ”JFK AND JACKIE” NOT IN THE ”SIX SEATER’ BUT IN A MUCH SMALLER CAR’ THE ONE I REMEMBER’, I have also been able ‘to do my Columbo” investigation’ and can confirm through the information’ which is now available, that Jackie Kennedy only wore the ”Pink Chanel suit’ in a open top car with JFK” AND THIS WAS IN ”DALLAS ON THIS FATAL DAY IN 1963!!!! The photo’s that you will see’ were on my old Computer’ however’ the other photos i was using for my 1990s essay’ had been wiped away or changed’ So here they are’ xx I am so happy’ that I can share these with you” and if only ”ONE PERSON” CAN TAKE AWAY” A SENSE OF ”FCUK YOU TO THOSE’ WHOM THINK WE ARE CRAZY” Then this will ”MAKE MY DAY” AND AM GLAD TO PROVE” THERE IS SOMETHING GOIN’ ON THAT’ IS BIGGER THAN ANYTHING WE HAVE EXPERIENCED IN THE PAST !!! THANK YOU FOR WATCHING & GOD’S STRENGTH, WE KNOW WE ARE CHOSEN !!! XX Mark from ‘ENGLAND.