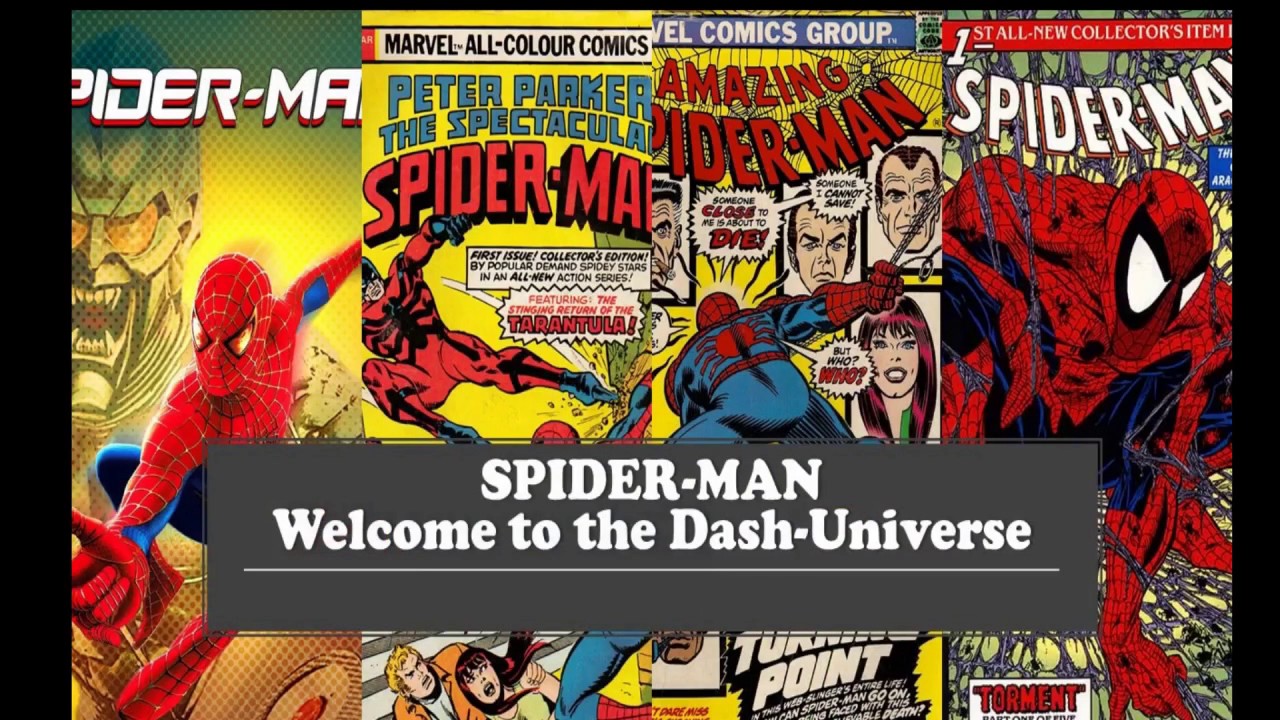 Turn on the Close-Captions, I wrote the transcript.

Stan Lee keeps a hard lock on the title of “SPIDER-MAN”.

When I was creating my Spider-Man Home Coming VR Experience video, something bothered me about “Spider-Man”. That dash – that hyphen.

It just seemed odd – this made me think of an old episode of Seinfeld, where George says the name “Spiderman” as one word, and Jerry correcting him – stating that you phrase the name in two parts, unlike a formal last name.
When I went searching for more information, I found Stan Lee describing his control over the use of the Hyphen in an old 2010 Twitter feed:
Tweets by TheRealStanLee

The problem is, when I went looking for additional information about the Seinfeld Episode in question – all that comes up is: http://comicbook.com/2016/03/11/spider-man-reboot-working-title-is-a-seinfeld-reference/

Several articles about the filming of Spider-Man Homecoming- during production it was titled “The Summer of George”. This is related to the Season 8 finale under the same title.

I intend on watching this episode for more clues, who’s with me?
Does “Spider-Man” look strange to you? Do you remember an episode of Seinfeld where George is talking about Spider-Man, with Jerry correcting him for saying the name improperly?

Update:
The reference/memory was not of George and Jerry having an argument, but from the cast of Friends having the same conversation I described. Very interesting how the memory works.
Here is the clip:
https://m.youtube.com/watch?v=5gr75OQabg0
Now, here is my point, this is why I wanted to find the clip:
Why didn’t they just say: “His name is Spider-Man because there is a hyphen/dash in it”. Chandler just gave a poor analogy about the name “Goldman” being pronounced like a super hero.
The Conspiracy still lives – nay, is reinforced.
I sense that this clip from “Friends” is from an alternate Universe, a universe where the Dash never existed.
A universe of “Spiderman”.

All images and audio in this video are covered under Section 107 of the Copyright Act of 1976.

~FAIR USE~ Copyright Disclaimer
Under Section 107 of the Copyright Act 1976, allowance is made for “fair use” for purposes such as criticism, comment, news reporting, teaching, scholarship, and research.Fair use is a use permitted by copyright statute that might otherwise be infringing. Non-profit, educational or personal use tips the balance in favor of fair use.